Home
Phone
Samsung
Check the Latest One UI 3.1 Features on the Samsung S21+ That are not yet Available on One UI 3.0 Samsung S20+ (PART 1)

The first feature is in the background app, on the Phone Dial. In the Phone Dial setting in 3.1 there is a new feature in the Call Background section. In the Call Background section of One UI 3.1 there are some default backgrounds added here. For One UI 3.0, there is only one background. In the updated One UI 3.1, you can immediately choose the default background with more choices than before. For the previous option, there was only one color gradation like this, while One UI 3.1 has three additional options with interesting animations. 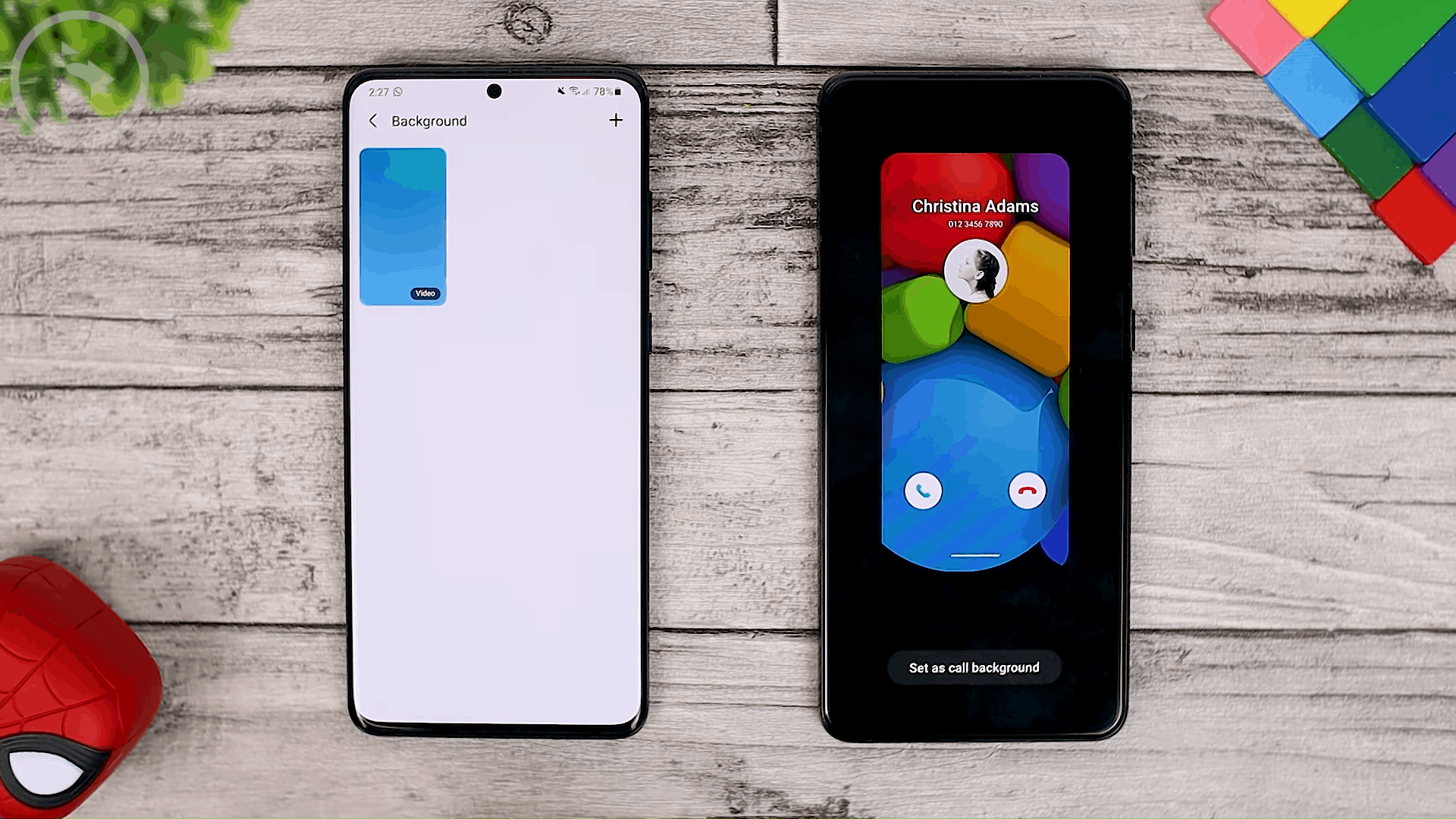 This is the first animation added in One UI 3.1 and there is also a second animation added with an animation design like this. Then the last one is an emoji option like this one. For this AR emoji, you can also set an emoji that you design yourself. You just have to set it in the AR emoji application. Then, at the bottom there is also the option Use video sound as ringtone. So, if the video already has sound, you can immediately use it as a ringtone when a call comes in.

Then, for the second different feature in One UI 3.1, this is in the emoji section in the AR emoji. Here, you can set AR emojis in the AR Zone application in the latest One UI 3.1. In the AR Zone section, we choose the AR Emoji Sticker that has been made. You can make it from a selfie photo or from an existing photo in the gallery. For example, let’s make it from an existing photo in the gallery. For the One UI 3.0 version, you cannot create it from photos in the gallery. Here we try to make it from one of the photos in the gallery. Let’s just try with this photo as an example. For the latest version, we can directly select a photo from the gallery and emojis will be made from the photo that has been taken. And now the emojis are finished. We click All done at the bottom. Here it appears the emojis that have been made, there are different choices for this One UI 3.1. For One UI 3.0, there are the same 4 choices, but the icons look different in this update. 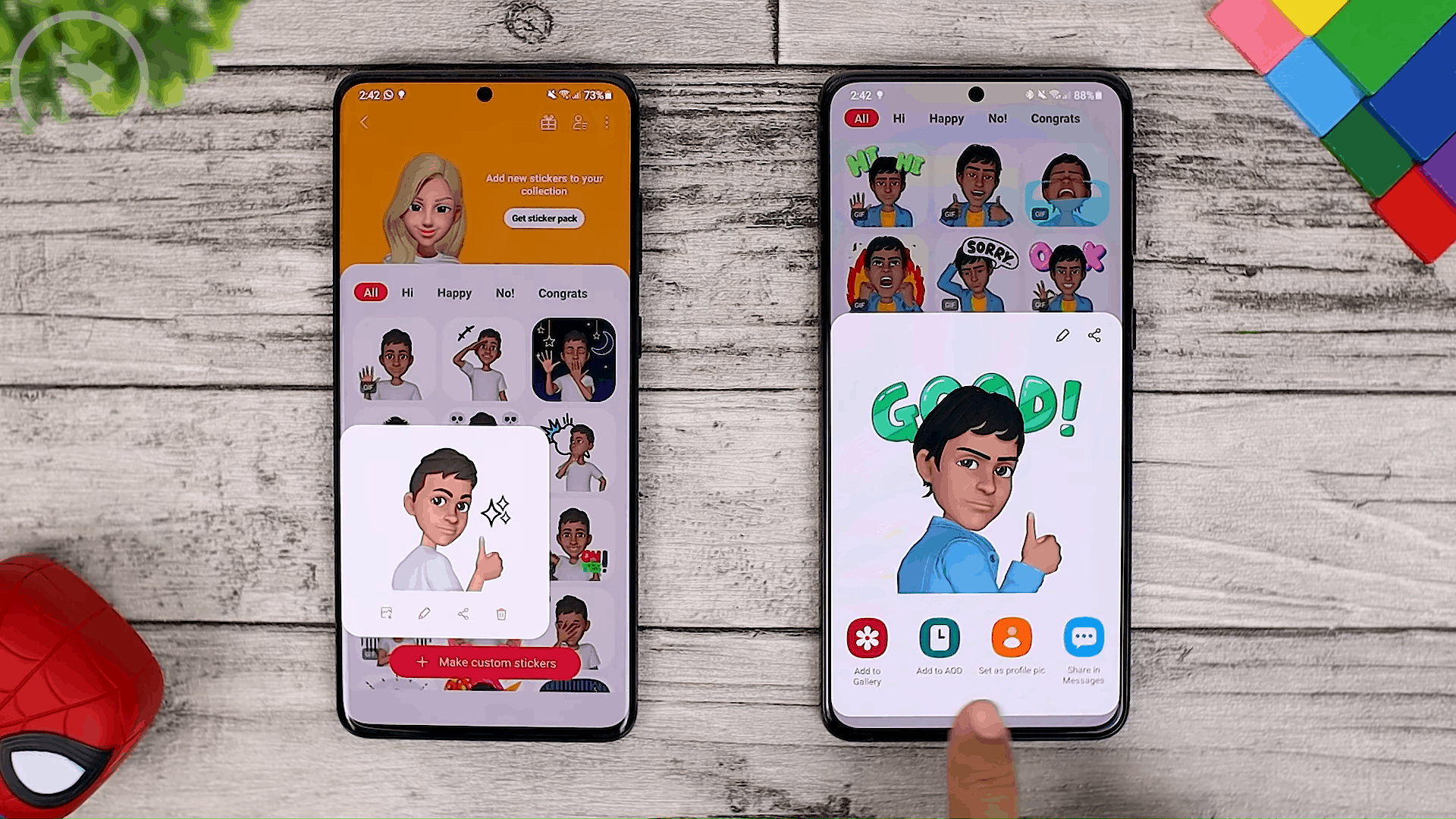 See Also:   Latest GoodLock Update on Android 11 One UI 3.0 - Complete Tips on How to Install GoodLock in 2021

4. Continue Apps on Other Devices 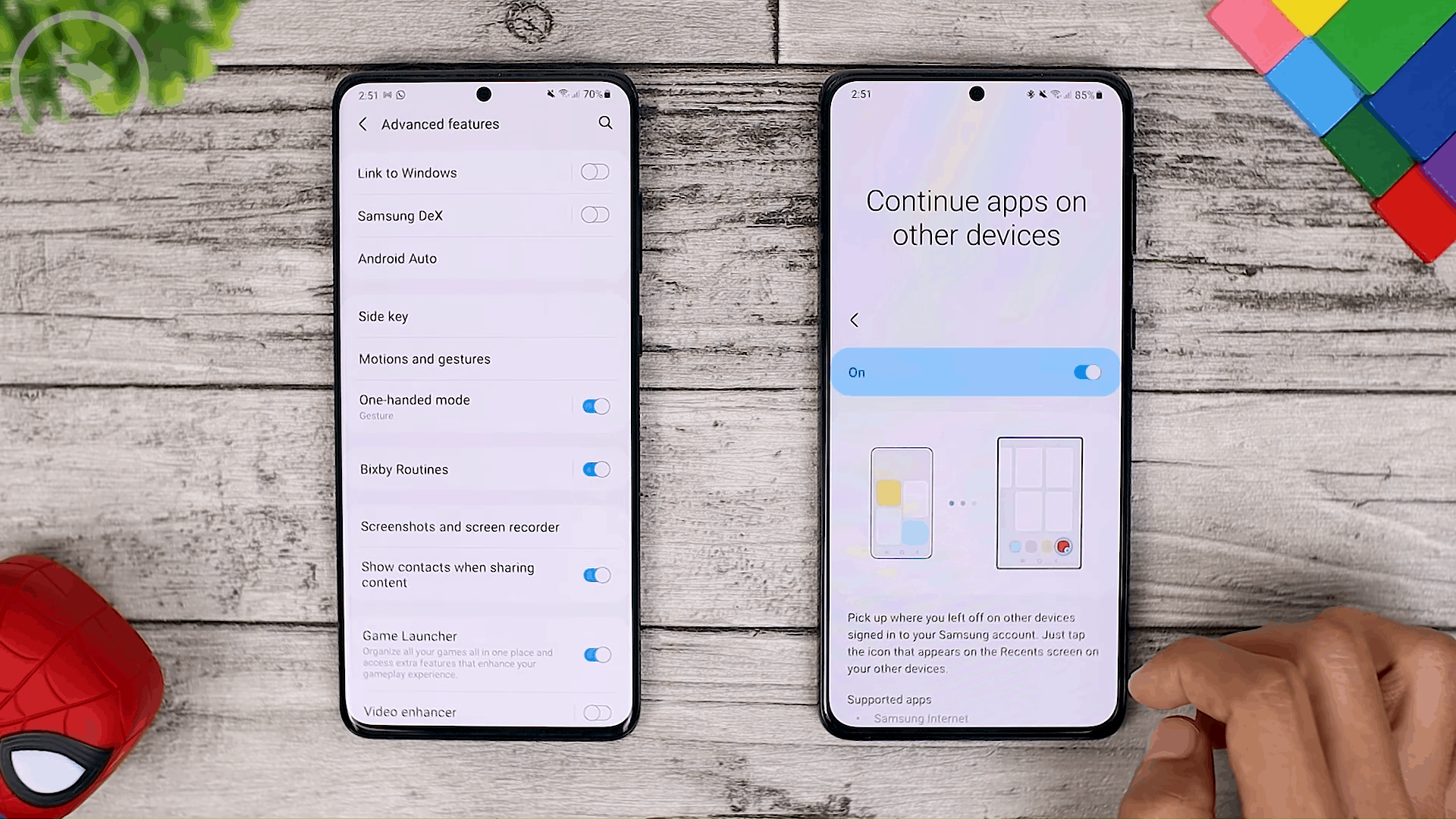 Then, the fourth feature is in the Advanced features section for Continue apps on other devices. You can find the feature in the settings, then select Advanced features. Then, here is a new feature called Continue apps on other devices in the One UI 3.1 update. We can use this feature for several supported applications such as Samsung Internet and Samsung Note. So, you can immediately use this supported application on some of your Samsung Galaxy devices. So, this is one of the newest features that you can use to switch apps more seamlessly. Hopefully in the future there will also be support for other applications. 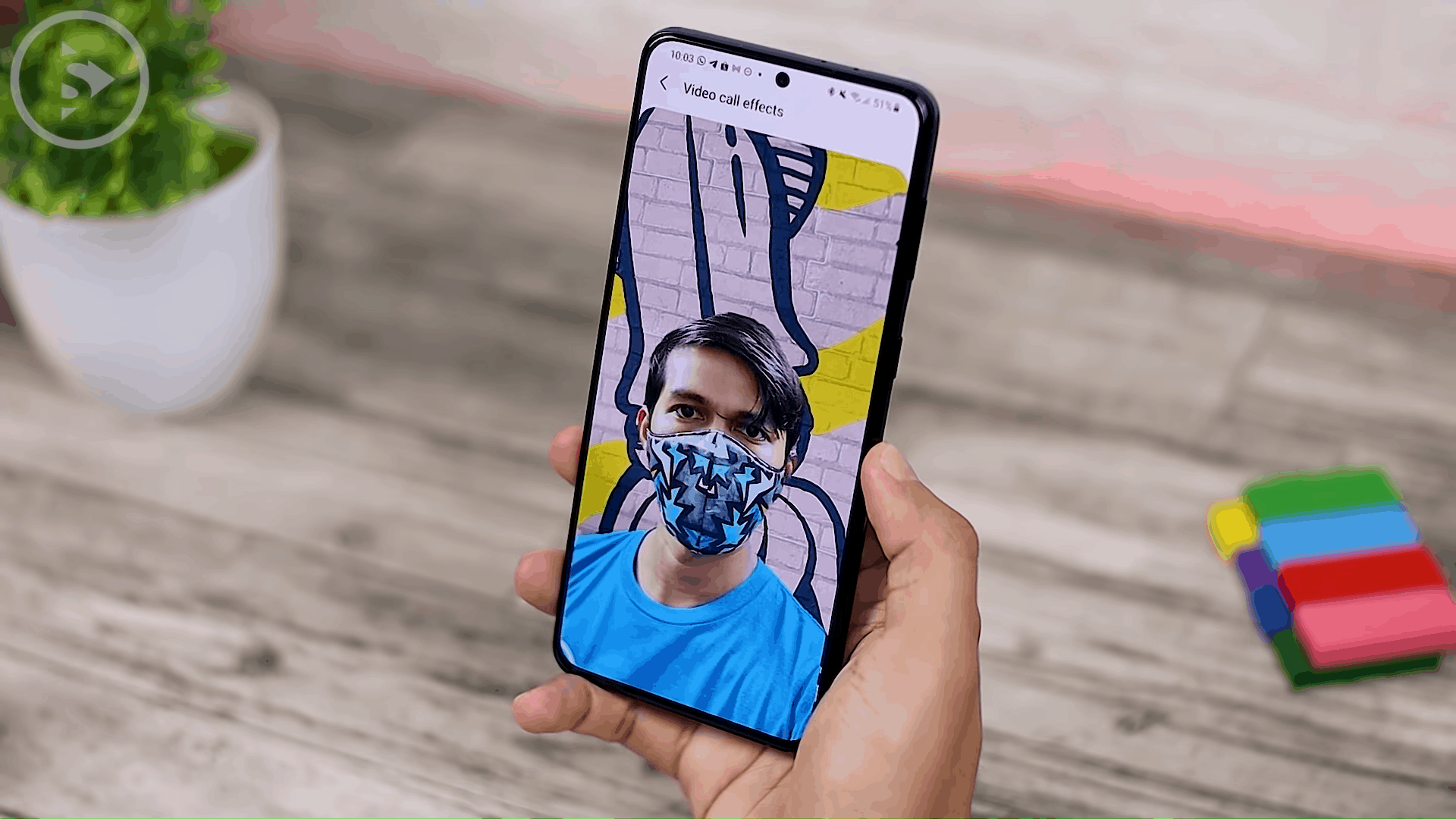 Then, the fifth is still in the Advanced features section. At the bottom there is a new feature called Video call effects. This video call effects have not been in the previous One UI 3.0 version. In the Video call effects settings, you can choose Blur effects, Color effects, and also select photos in the image settings. You can select the gallery then select a photo for the background. So, you can use the video call effects feature for those of you who are using the Zoom application or the Google Duo application. There is a blur option for the background blur effect on the back, then you can also change the color and then there is also an option to change the photo to your like. For this third option, for photos you can select directly from your smartphone gallery. You just have to choose the background you like for the video call display. So, this is like a feature in the Zoom application for a laptop or pc. You can change the background directly from the smartphone without the need to use other additional applications. 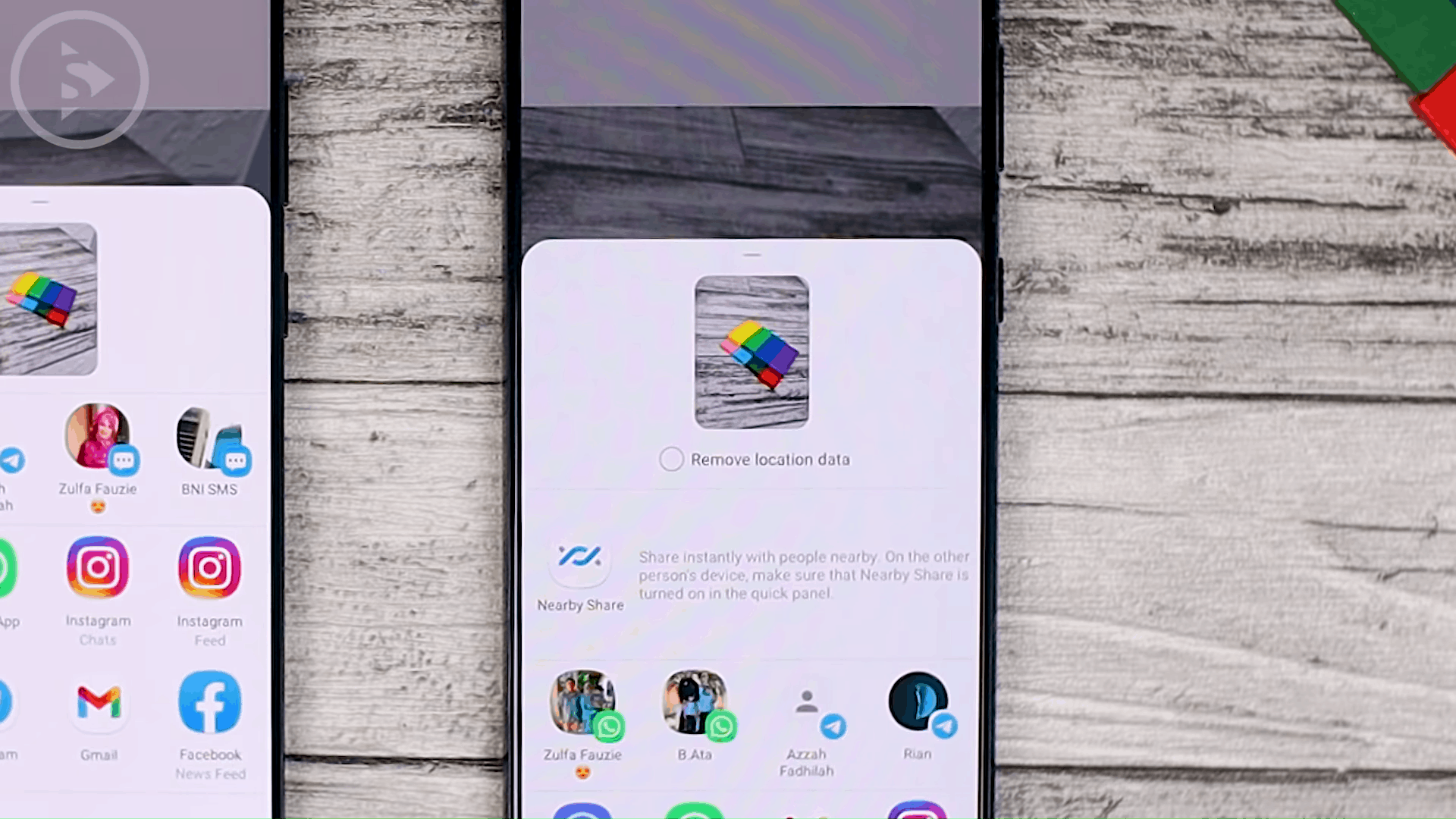 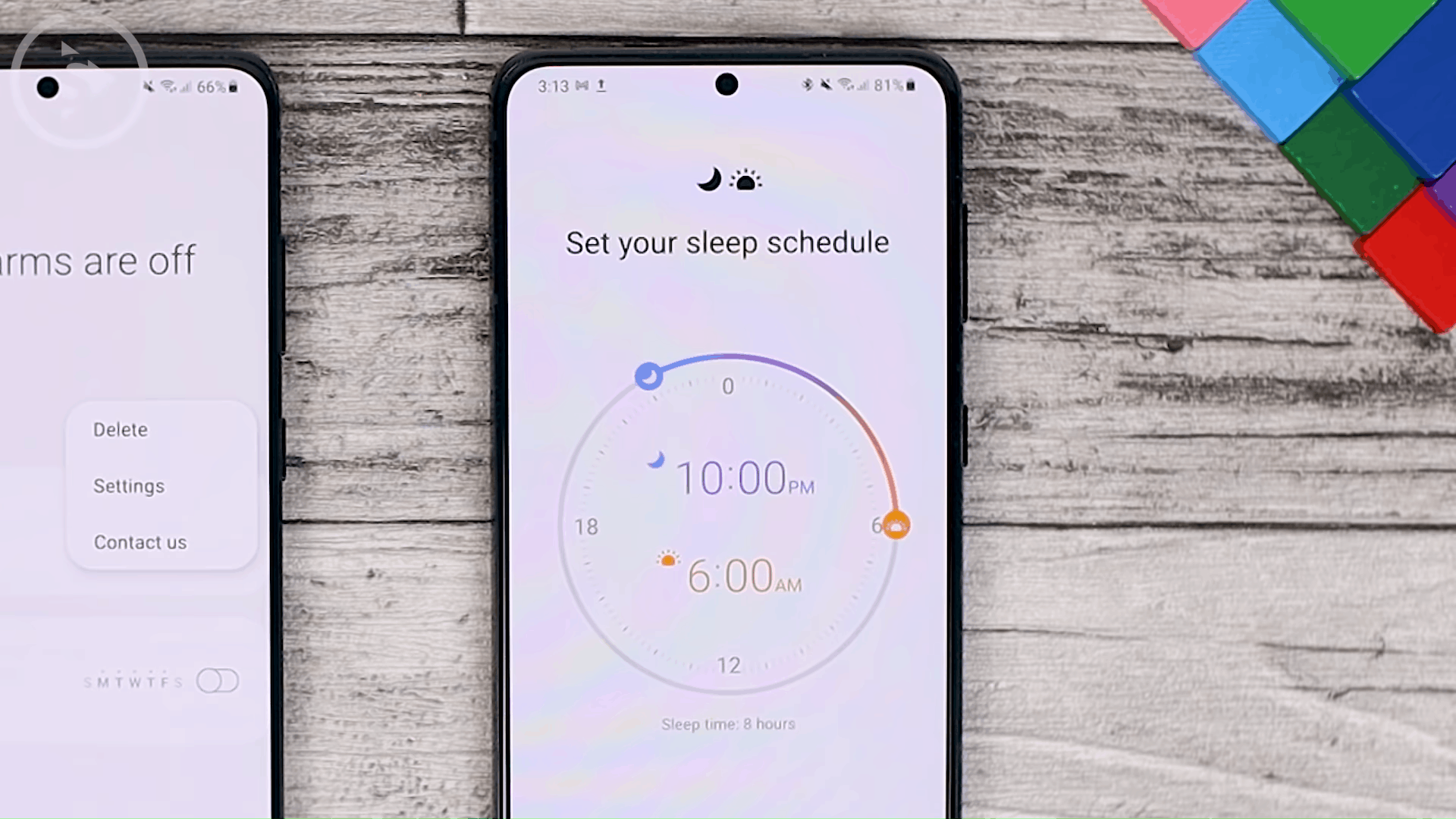 Then the next new feature is in the Clock application section. For the Clock application, the One UI 3.1 update has the latest features added in the application. If the previous version of One UI 3.0 only had Delete, Settings, and Contact us, now there is a Set bedtime in this One UI 3.1 version. For Set bedtime, you can enter this setting and select Next and here you can immediately select a schedule for your sleeping hours. In this latest feature, you can immediately set your sleep schedule in the settings. Here we select Next, then here we can Adjust your bedtime settings. Then, here there is a notification Reminder option and also Bedtime mode. If you activate Bedtime mode, the screen will be black and white later, and for all calls that come in at bedtime you will be immediately muted. For notification sounds, it will also be immediately silent if you activate Bedtime mode. Later the clock will be immediately adjusted to the clock you choose according to your sleeping time.

If you have any questions or comments, you can immediately write them in the comments section down below, or you can ask questions directly in our telegram group at the following link t.me/santerta. or ask directly on our Instagram DM at @santertainment.

You can also check the video version here:

In this article we will see the latest update of …

Hello everyone, in this article we will see four fast …